No, unfortunately dogs are not allowed both grapes and raisins. Whilst it's not clear precisely what causes the issue, grapes can lead to kidney failure. 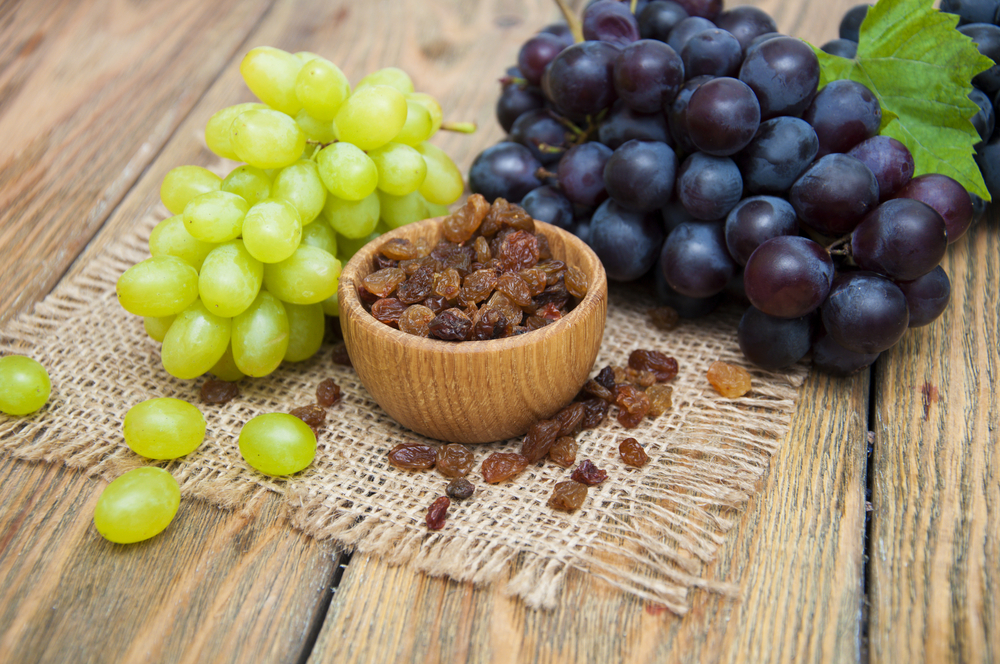 Dogs may not be fed grapes under any circumstances.

It is hard to believe that the sweet and delicious little grape you love and probably can’t live without is extremely harmful to your dog. Dogs should never eat grapes or raisins. In fact, if they do, it usually is requires an emergency trip to the vet.

There are several substances which have been examined to determine the toxic nature of grapes. These include herbicides and pesticides. Many possibilities have been ruled out, and in actual sense, the exact composition of a grape that causes toxicity remains a mystery.

Now, dogs of any age, gender or even breed can easily be affected.

It causes serious complications which can lead to kidney failure. Of course, this is not seen immediately and may develop over time. There is also no clear indication why the toxins are more severe in some dogs compared to others.

The amount they ingest and the level of hurt it can cause to your dog largely depends on the size and weight of your dog. Raisins are much more concentrated than fresh grapes and are therefore more dangerous.

Symptoms of grape toxicity in a dog 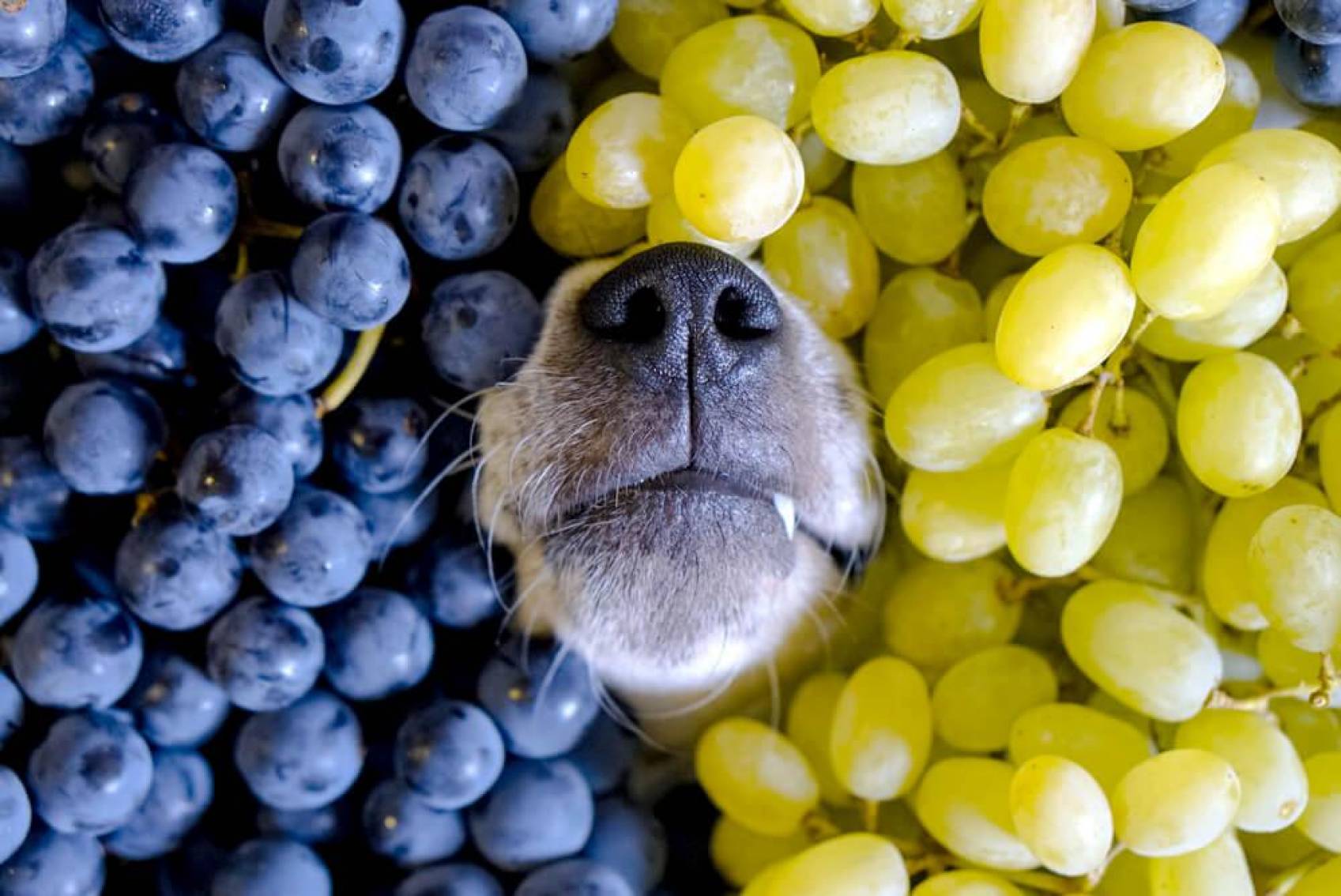 Dogs who have ingested grapes or raisins might show a multitude of symptoms, and you should be observant for the following:

Will occur a few hours after eating the grape, and the fecal contents plus vomit will contain pieces of the grapes that were ingested

Unusual sleepiness and quietness, and dog will appear weak

The passing of small quantities of urine at a time

The failure of kidneys to produce urine

Additional symptoms may include:

Death is also a possibility, but this depends on the amount consumed.

So, yes, grapes can kill a dog.

The body, however, has to process and absorb the grapes, so death may not be instantaneous. Time is of the essence, and if you suspect your dog has ingested some grapes, rush to the vet immediately.

Immediate action to take if your dog ate grapes 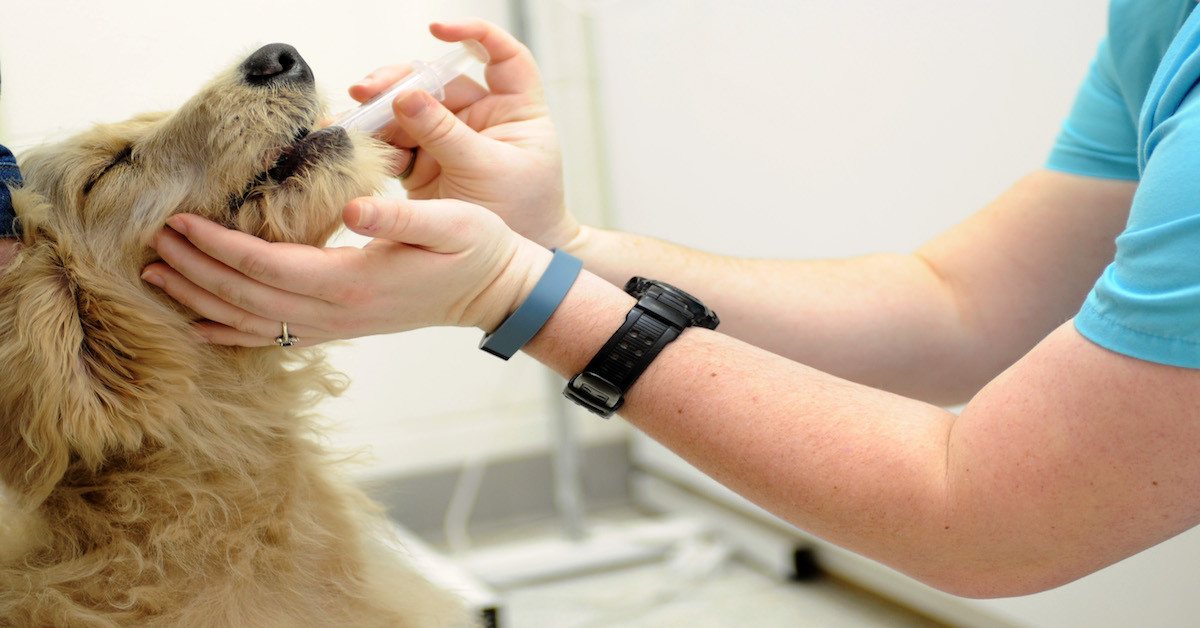 If your dog has ingested grapes or raisins, it will be classified as an emergency case.

If you suspect your dog may have eaten some grapes or raisins in the last 2 hours, the first thing you should do is to INDUCE VOMITING as soon as possible, before the toxins in the fruit have time to be absorbed in the system.

DO NOT, however, induce vomiting if:

In case the dog has already vomited, then, do not force him to try and vomit again. Call the veterinarian for advice. If they recommend that you should induce vomiting, then do the following:

Treatment at the Vet’s offices 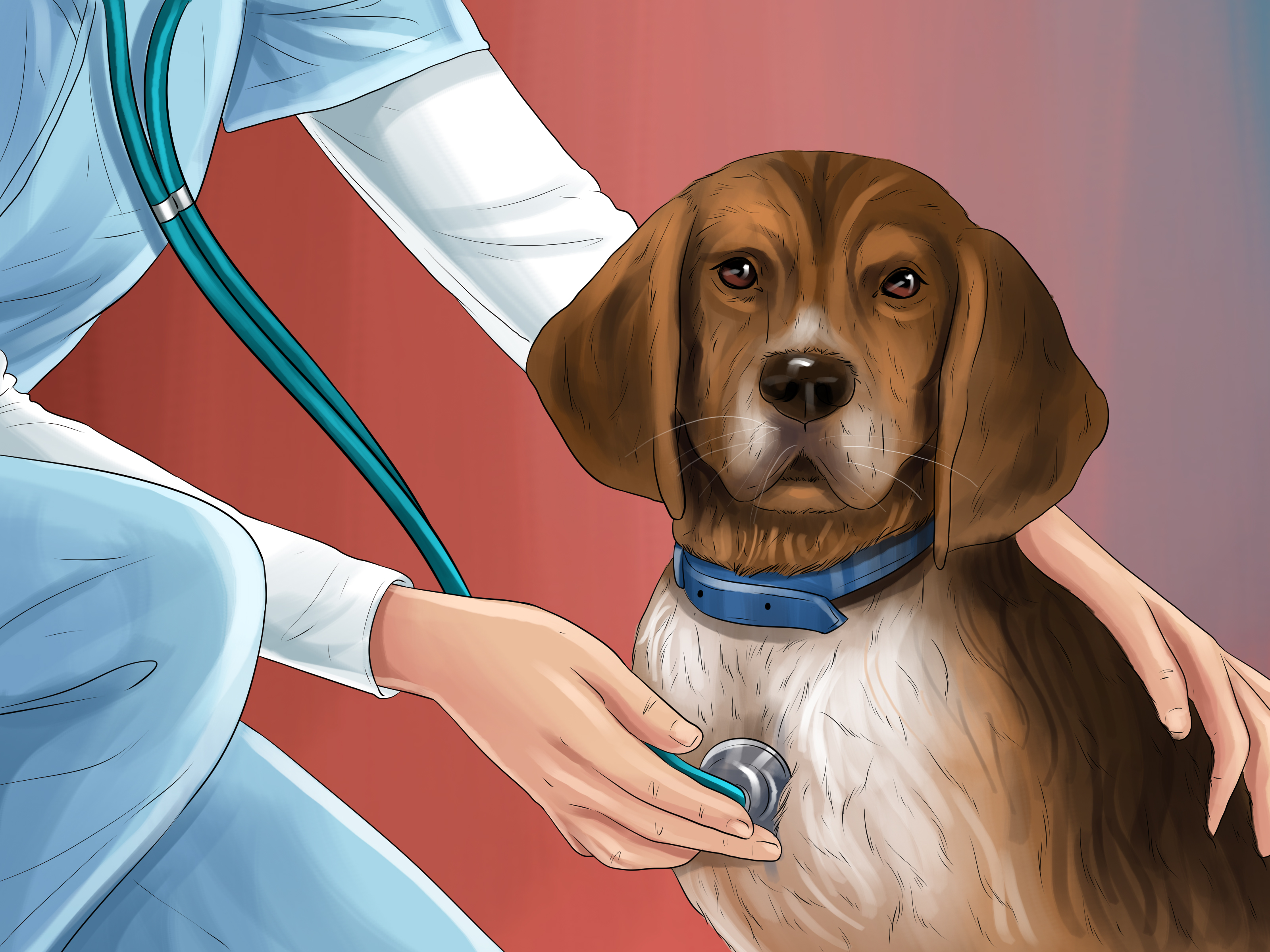 When you get to the vet, if the dog did not vomit at home, he will try and induce that first using his own methods, then he will do a gastric lavage, which is basically washing out the stomach, and will be followed by the administration of activated charcoal in order to absorb any remaining toxins.

He will then begin an intravenous fluid therapy that will flush out the toxins from the bloodstream and encourage the dog’s kidneys to produce urine. If necessary, he may give the dog medication that shall reduce the vomiting and maintain the kidney functions.

The doctor will keep a close eye on the dog’s kidney functions with constant and regular checks of his bloodwork. In case the kidneys have failed to the point where they do not produce urine, the prognosis at this point is grave, and hemodialysis is necessary to support the life of your pup until his kidneys can recover.

In extreme cases, a kidney transplant may be an option.

Last nugget on grapes and dogs 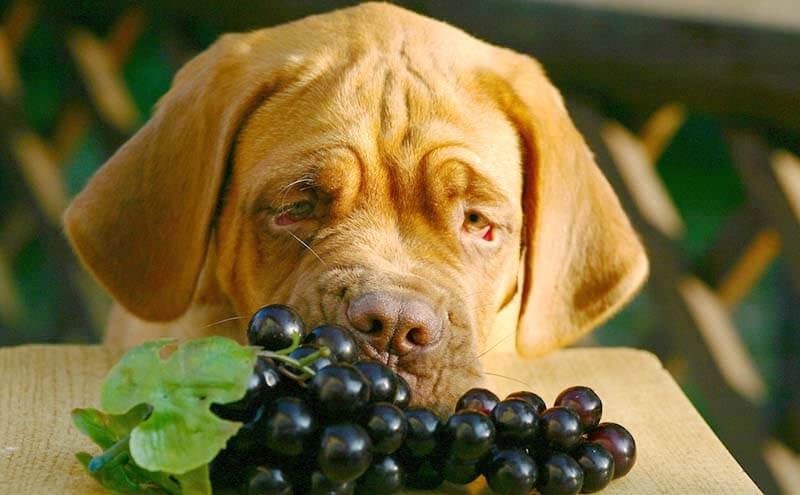 The easiest way of preventing grapes poisoning in dogs is to merely keep grapes and raisins out of their reach, as dogs have been known to ingest almost anything.

Ensure that everyone in the household understands the danger of the toxins as well as any other foods that have been known to be dangerous to dogs.